St Albans Morris headed off for central London on Saturday, 11th May as guests of Westminster Morris Men for their day of dance.

Neither hail nor rain could not dampen our spirits as we danced the sights of the city with friends from Westminster and Hartely Morris Men and Camden Clog, wowing the crowds wherever we went with our enthusiasm and fleet-footed dancing, including massed dances in Trafalgar Square.

Thankfully, the sun eventually shone, giving us the chance to dance in the early evening warmth in front of the National Gallery.

We had a great time dancing on the early May Bank Holiday at Standalone Farm in Letchworth Garden City. It was good to see so many little farmers and their families joining in!

Just a week to go until we start our 2019 season and dance out to mark the beginning of summer. Put it in your diary, tell your friends and join us at the Rose & Crown and the Six Bells in St Michael’s from 7:30pm on Wednesday, 1st May.

Our summer programme is now at the printers!

You can add St Albans Morris’ dance programme to your calendar by scanning our QR Code.

We’ve just updated our advert for the latest edition of Unicorn magazine and thought it was worth sharing here too.

We offer a warm welcome to anyone who would like to give Morris dancing a try. Join us for our practice nights or catch us when we are dancing out.

On Saturday, St Albans Morris were guests of Ripley Morris, in Derbyshire, for their Ale.

It was a chance to catch up with friends and enjoy the dancing, with sides coming together from across the country. There was also the feast, much singing and, of course, the odd pint or two.

Now the festive season is finally behind us, our practice season resumes at the scout hut on Riverside Road.

Sixteen weeks ’til we dance out. It’s never too late to join us. If you have ever fancied giving Morris dancing a go, or your a musician who would like to accompany us, we offer a warm welcome! 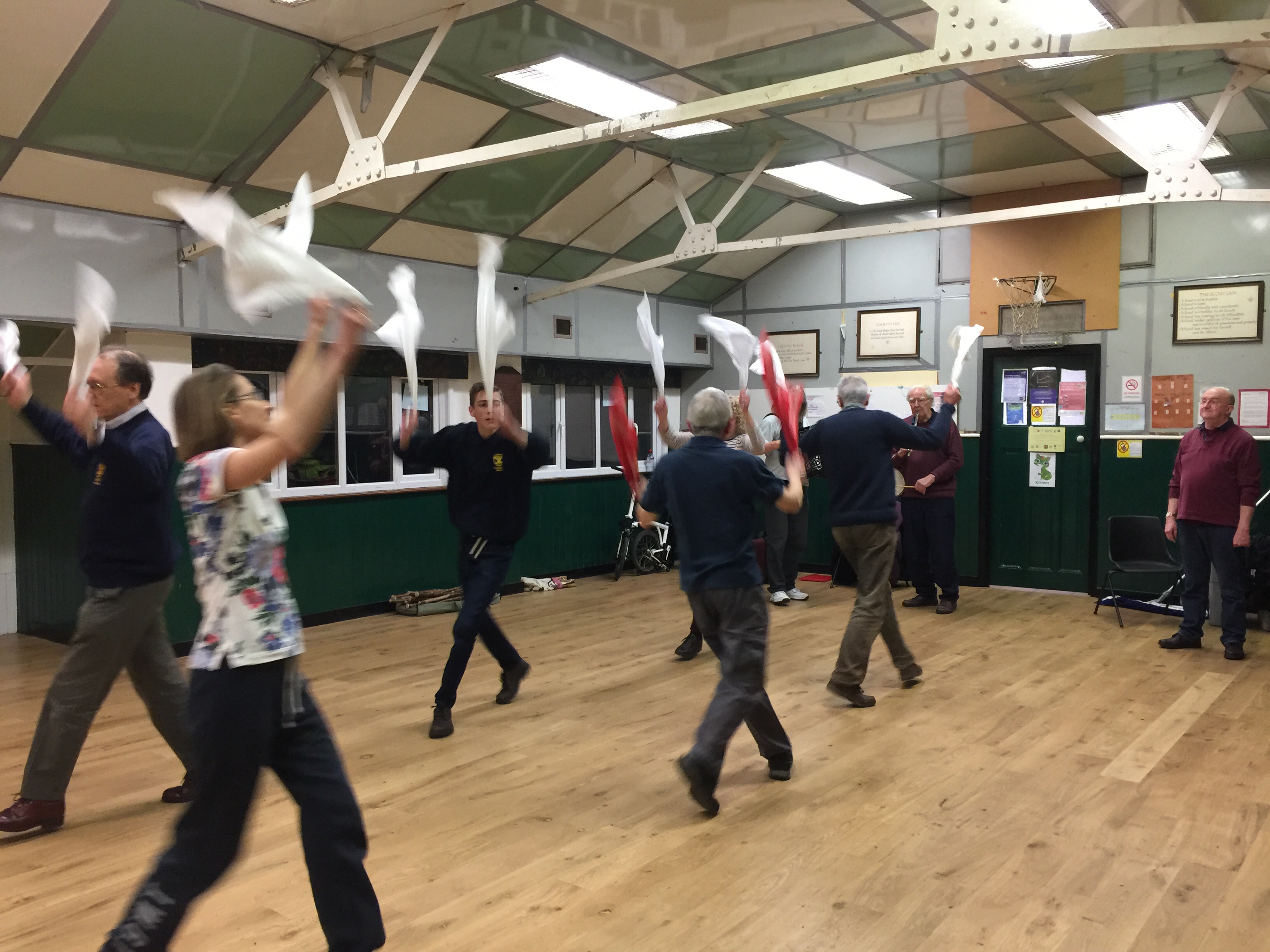 We’re a versatile lot and always bring a certain panache to any event we grace. Here are two clips from a booking we had for a royal reception… (The Windsors, Channel 4 S02E01). Click here to book us for your event!

On Monday evening, St Albans Morris met to mark Plough Monday with meal and song at the Lower Red Lion. Chief among the dishes was the traditional Plough Pudding – a suet-pastry-topped pudding filled with pork sausage meat, chopped bacon and onion with sage and sugar. Thanks to David and staff for looking after us so well.

John Lewis-Stempel, in his book, ‘The Running Hare – The Secret Life of Farmland ‘, describes the significance of this date:

FOR A THOUSAND years or more in England, Plough Monday, the first Monday after Twelfth Night, was considered the date to start ploughing. On that day, the mouldboard on the plough rarely turned earth. Ploughmen led a dancing procession through the streets, dragging a gaudily decorated plough behind them. On arriving at a house, the ploughmen asked for bread, cheese and ale, or a contribution of money. Ploughboys put on a mummers’ play or ‘jag’. Typically the jag ended with a pleading song, such as:

Good master and good mistress,
As you sit around the fire,
Remember us poor plough boys,
Who plod through mud and mire.
The mud is so very deep,
The water is not clear,
We’ll thank you for a Christmas box,
And drop of your best beer.

There were accompanying acrobatic dances; it was hoped that the crops would grow as high as the dancers could leap. The assembled peasants wished themselves a plentiful harvest from the sown corn and that God would speed the plough as soon as they began to break the ground. L

Our practice season resumes next Monday at the Scout Hut on Riverside Road, St Albans, and it will be time to start working off our Christmas excesses! 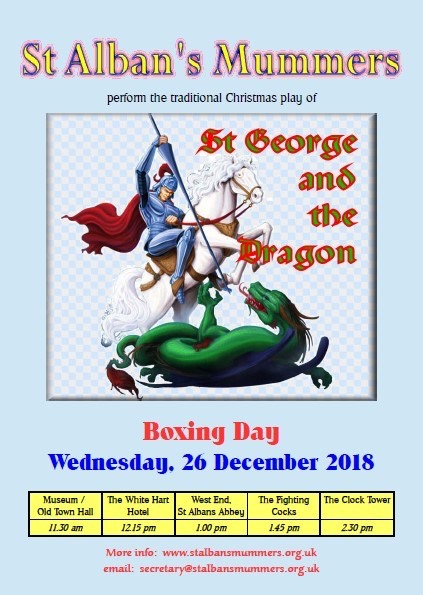